Senne Trip is an illustrator who occasionally likes to dabble in animation. She enjoys creating atmospheric images and uses digital techniques and rich color palettes to give her work a distinctive dreamy character. Senne graduated from Minerva Art Academy in the summer of 2016 and has since been working as a freelance illustrator.

Senne is also part of the Knetterijs collective. They share a studio in Groningen where they divide their time between freelance projects and collective endeavors. 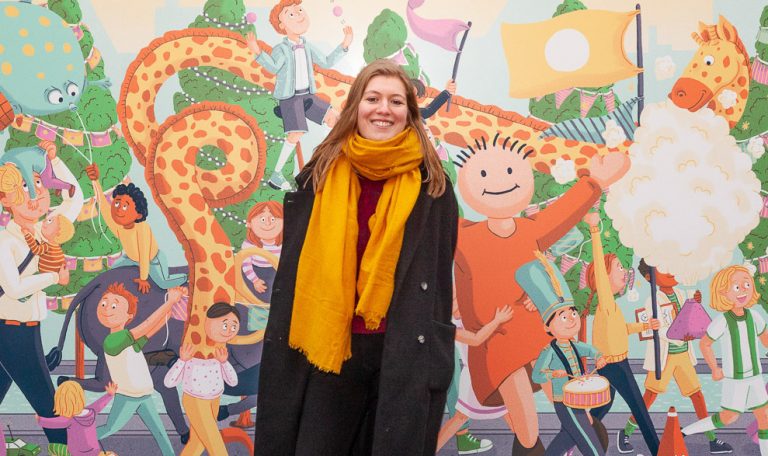 About the Illustrada Festival artworks 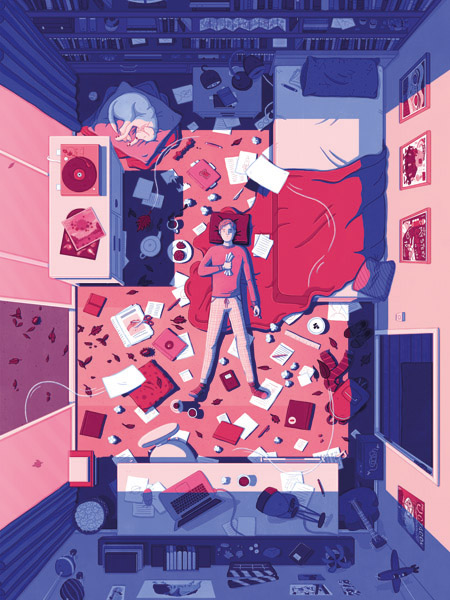 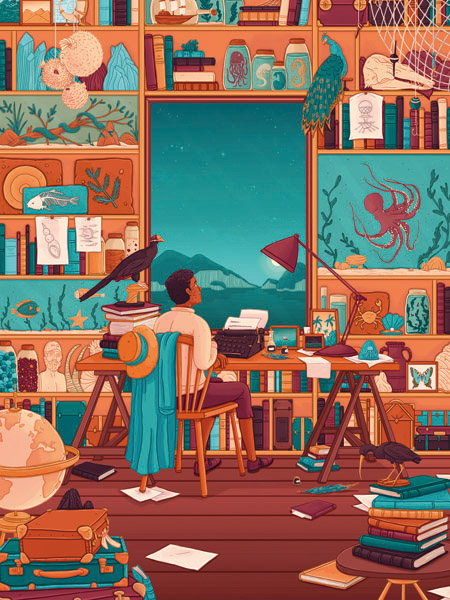 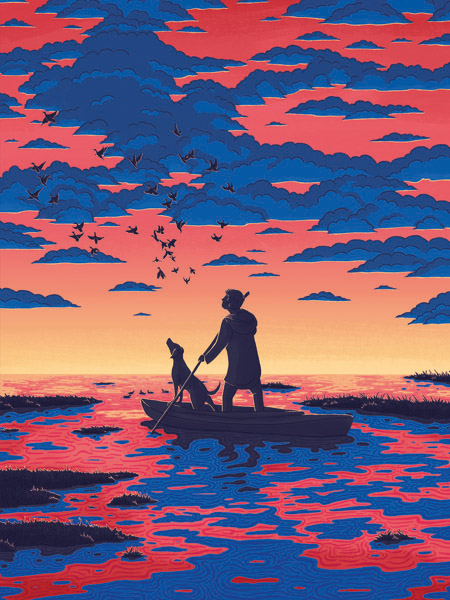 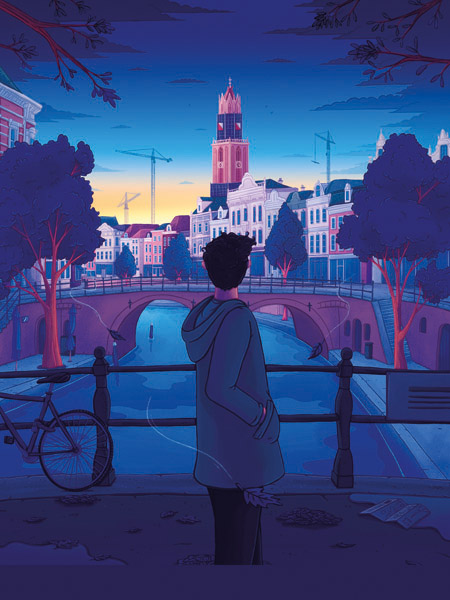 Senne’s prints at this exhibition are a mix of personal and editorial works.

Utrecht was originally made in November 2019 for De Volkskrant for an essay by Frank Heinen titled “Koop dan zelf een stad”. The essay is about his worries that the soul will disappear from Utrecht due to the increasing tourism and drive for profit.

Sunrise functioned as a cover of one of the booklets in the fourth Knetterijs zine. The zine is a murder mystery game titled “The Rottumereye Tragedy” and tells the story of the death of a birdwatcher on the uninhabited island Rottumeroog.

Creative Block and Man of Science are both personal works and manifestations of Senne’s love for drawing cluttered rooms.
Man of Science is loosely based on the novel “Washington Black” by Esi Edugyan, a book which Senne adored and highly recommends. 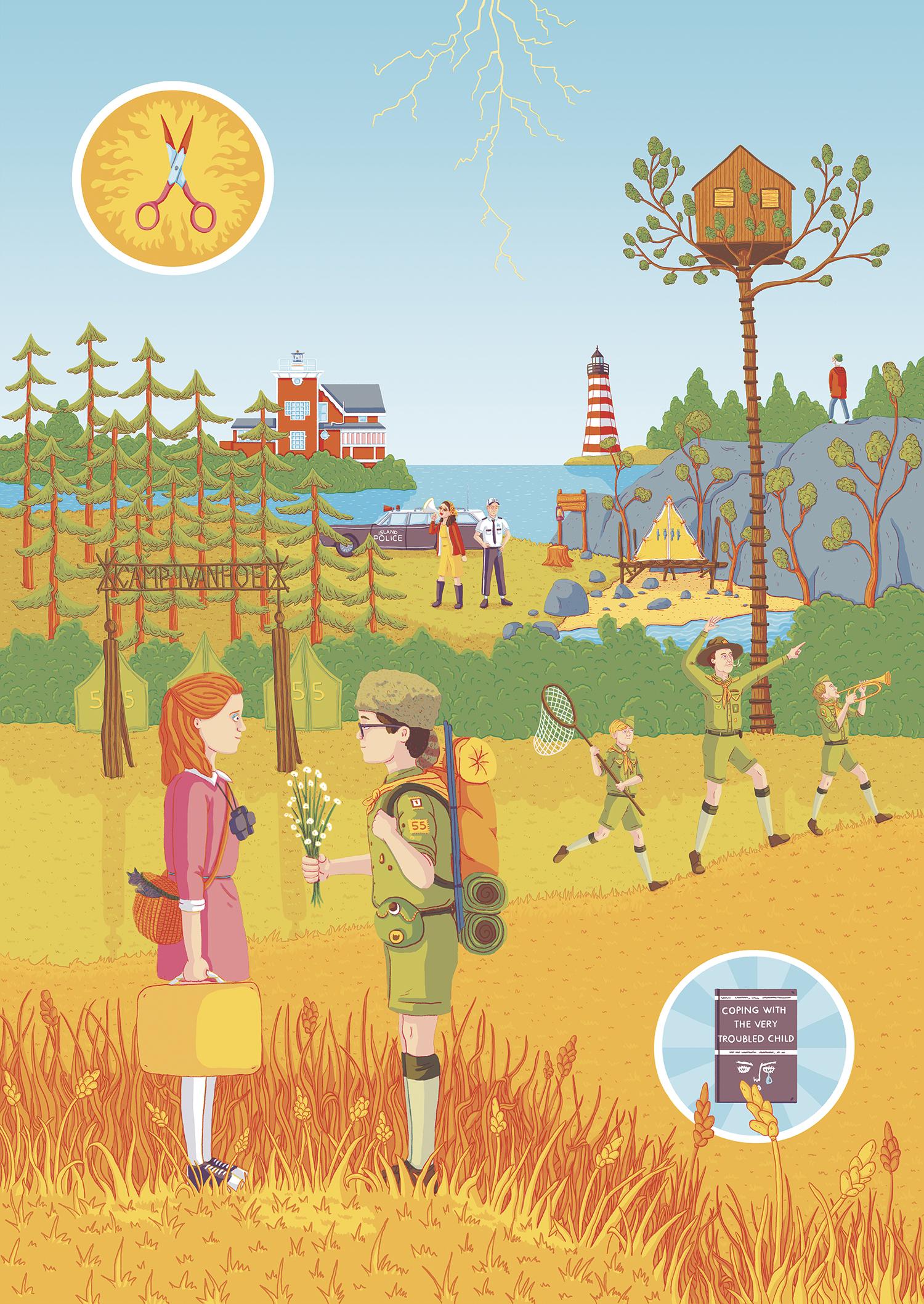 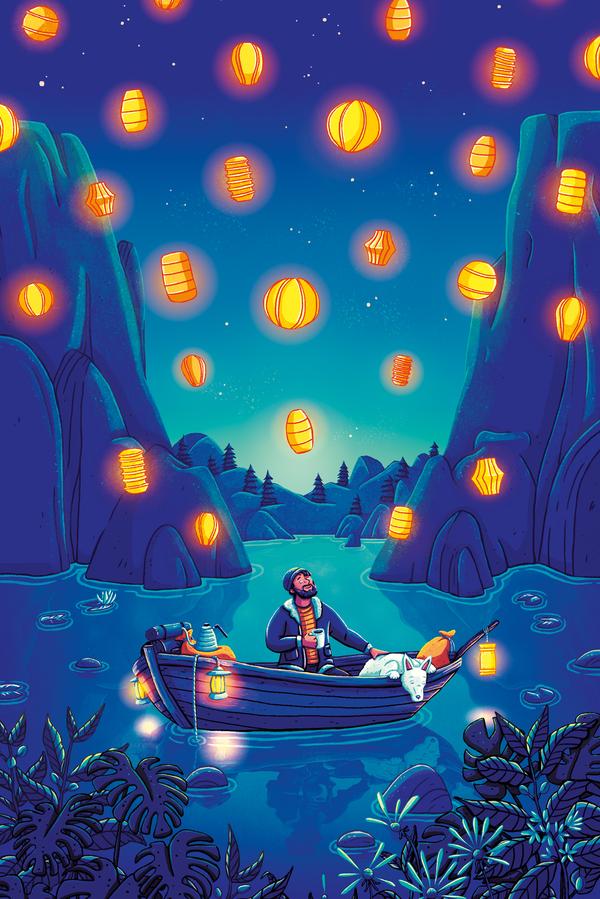 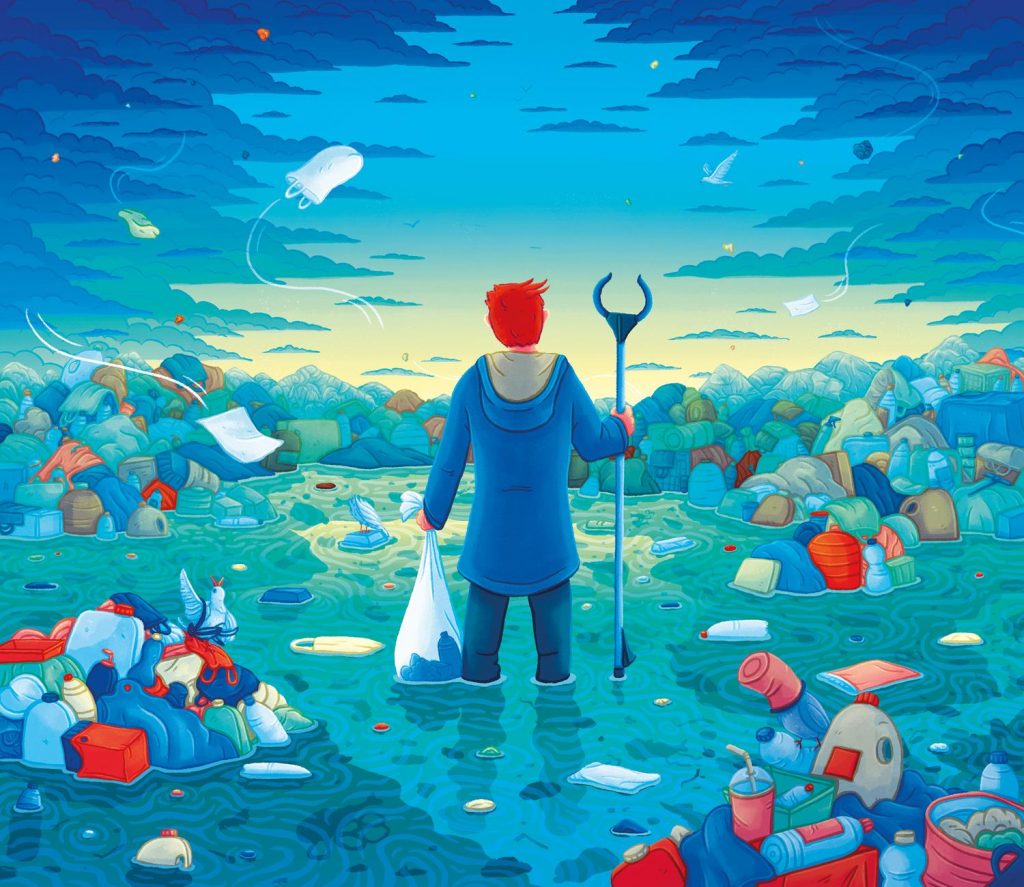 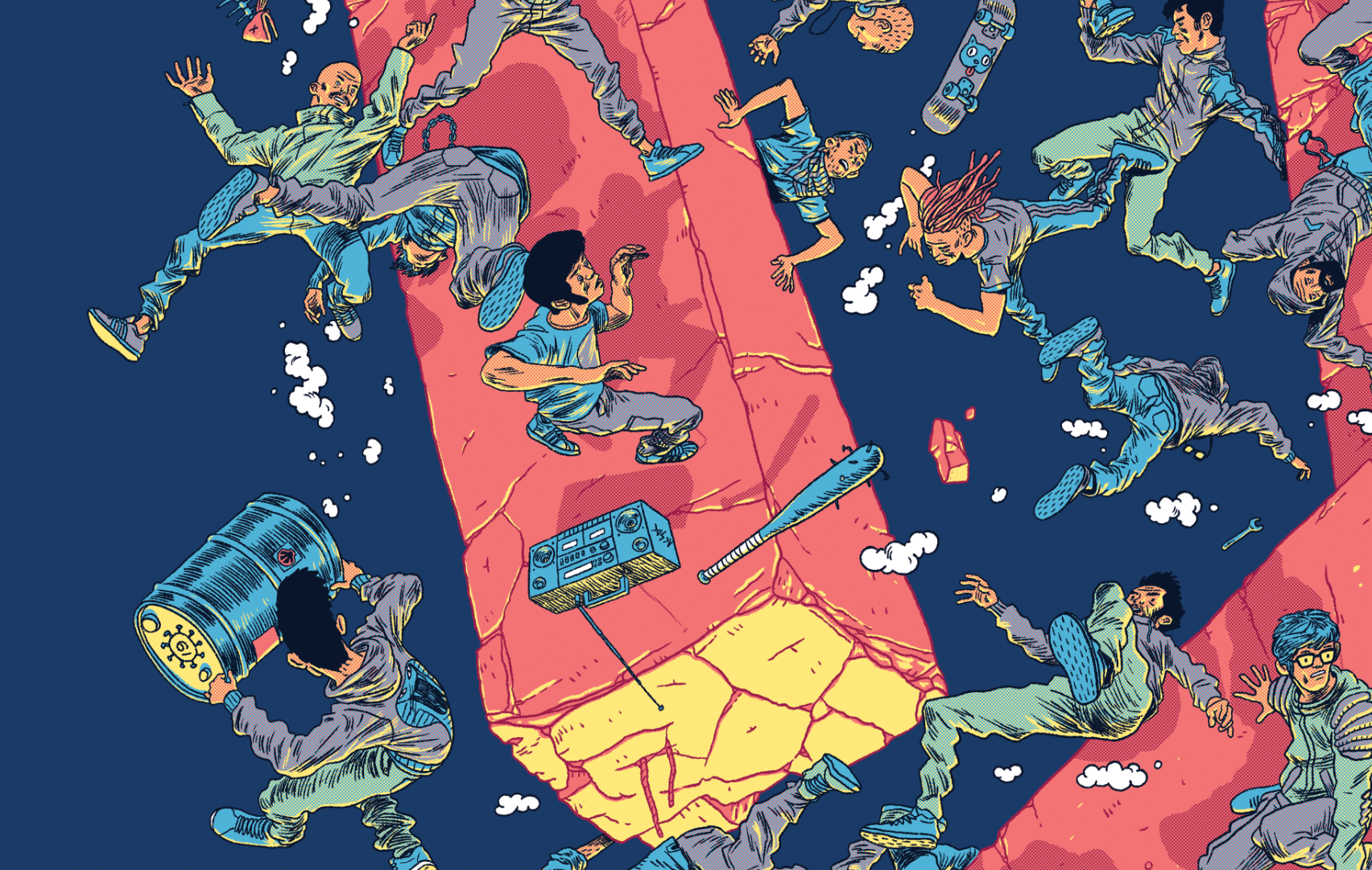 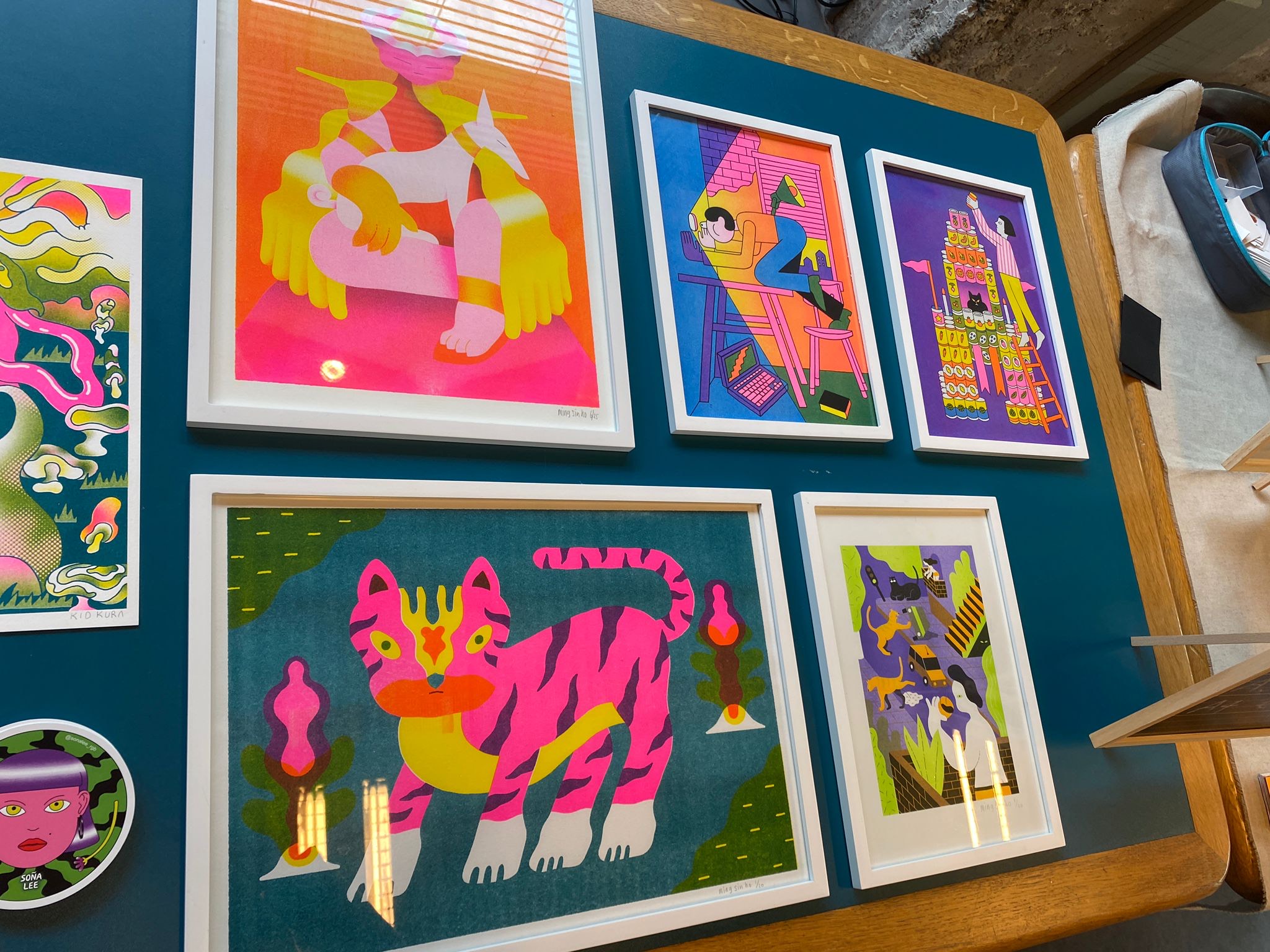 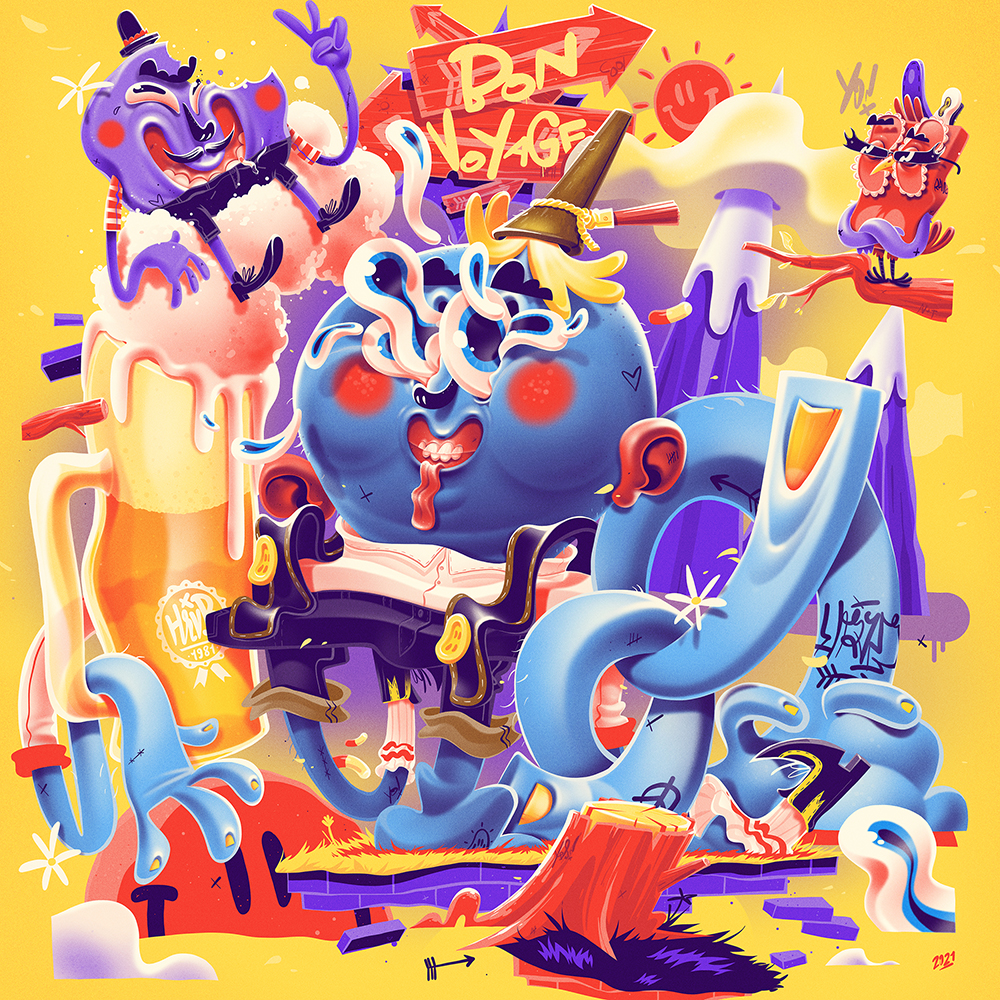